EU SMART COMPOSER is a biannual Erasmus + project that is developing a practical tool to facilitate the transfer of knowledge between music teachers and their students to improve their employability. This project stems from the Composer Boost program developed in Extremadura in recent years by Wazo Coop.

On September 15th and 16th, the transnational meeting of the European project EU SMART COMPOSER took place at the Abbaye Aux Dames in Saintes, France.

The activities began on the morning of Wednesday September 15 with a guided tour of the Abbaye aux Dames, where we had the opportunity to enjoy and learn about its impressive heritage, as well as to deepen the important musical activity of the building.

This was followed by Diana Ghine a from Coompanion, who shared with the rest of the consortium the progress of the EuSmartComposer project management, monitoring and reporting.

The afternoon began with Wazo Coop and RESEO leading the debate on the different approaches to the didactic method of the project and the sharing of the case studies carried out by each partner.

The end of the day was a very interesting opportunity for the different people who are part of the consortium to get to know each other better, sharing concerns and points of view about EuSmartComposer, as well as about different aspects related to our work.

The day of Thursday, September 16 began with an intense activity of co-design of the training packs, where we had the opportunity to focus on the needs in terms of branding, entrepreneurship, digital marketing and leadership. These activities were led by Wazo Coop and also involved an interesting debate on the different aspects discussed.

Then Marta Lozano Molano from Wazo Coop shared the project launched through a crowdfunding campaign «Música Social» as a success story, the publication of a method of musical composition and piano that facilitates education in values in young people according to the 17 Sustainable Development Goals of the United Nations Agenda 2030.

During the afternoon, several workshops of co-design and debate on the results (Intellectual Outputs) of EuSmartComposer took place, with the participation of all the organizations, to later share the results and expectations of the Transnational Meeting and say goodbye knowing a little more about the cities of Saintes and Bordeaux. 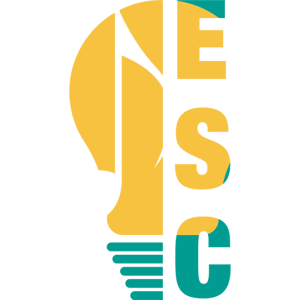 The transnational meeting of the EU SMART COMPOSER project took place on 30-31 March at the Abbaye Aux Dames in Saintes, France.

On September 15th and 16th, the transnational meeting of the European project EU SMART COMPOSER took place at the Abbaye Aux Dames in Saintes, France.

The EU Smart Composer project is featured in the latest issue of Wazo Magazine. The magazine’s 32nd issue…

Are you a Project Manager or Education Manager employed by music institutions, universities…

Based in the S.M.A.R.T. (Specific, Measurable, Action-oriented, Realistic with Timelines) Model to Define Career Goals and Tried-and-true goal-setting model for music education